Parents should do their best to ensure that their children’s dental health is optimal. Mouthwash promotes oral hygiene by cleaning the mouth, killing bacteria and maintaining a fresh breath. Children may take an interest in using mouthwash when they see their parents doing it. The older children may want to do it so as to keep their mouths fresh to avoid criticism from their classmates. As a parent, you should allow his based on their age. Consider the following: 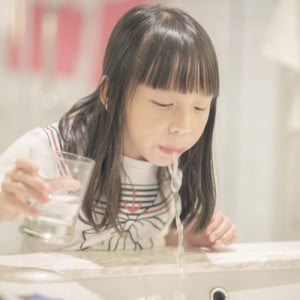 The use of mouthwash for younger children should be limited. This is because they are too young to understand and thus may end up swallowing it. From the ages of 6 and 12, they can be allowed to use it under the close supervision of the parent. However, a dentist may recommend mouthwash for children under 6 if they have a dental problem. If this happens, the parent should supervise them closely to ensure that they do not swallow and that they use it correctly.

When deciding whether the child is old enough to use mouthwash, you should check their ability to swirl and then spit out without swallowing a single drop. For the younger children, a toothbrush may be dipped in the mouthwash and then applied on teeth. If the mouthwash is being used for the sake of fluoride, then it should be used at night. It should not be rinsed off with water and thus it is best if used before going to bed.

If a child is exposed to high amounts of fluoride for a long period of time, he or she is at risk of fluorosis. Fluorosis is a dental health problem that affects the aesthetics of the teeth causing them to have spots and strips. Therefore allowing kids to use mouthwash when they are below six years could affect the appearance of their teeth, which can lower their self-esteem. At this time, you can promote their dental health by helping them to brush and floss their teeth and taking them to a children dentist regularly.

Preteens and teens especially those with braces can benefit a lot from mouthwash. Fluoride mouthwash can help protect the teeth from acid-producing bacteria that can cause gum diseases and tooth decay. This is because braces make it difficult to clean the teeth adequately using a toothbrush. Mouthwash will help remove the plaque that forms around the wires and brackets.

When choosing mouthwash for the young ones, ensure that you go for one that is alcohol-free. Some brands of mouthwash contain alcohol thus, it is important to check. The alcohol-free washes are also very effective at killing harmful bacteria and freshening the breath.

Allowing the child to use mouthwash does not mean that they should not continue to brush and floss their teeth. According to pediatric dentistry, it will protect from plaque but cannot take up the role of brushing daily. Therefore, you need to explain this to your child and check on them regularly to ensure that they are brushing and flossing.

All the staff member was wonderful, friendly, patient, kind and welcoming. From the warm welcome of the receptionist Eva that makes you feel at ease, Raquel who was so patient and kind cleaning my tooth to Dr. Taghizadeh who was so patient and clearly explains things, very informative and gentle, explaining every step of the way and why each service was being done. Im just glad I change dentist.